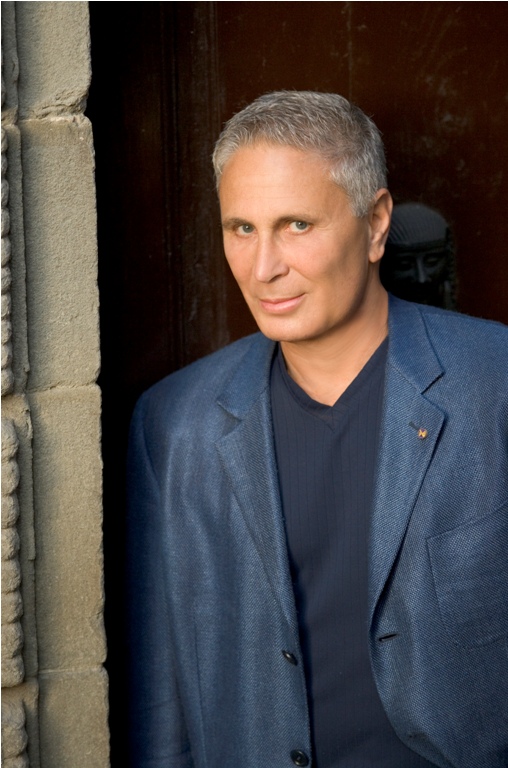 The work was premiered on February 25, 2006, at the Brooklyn Academy of Music by the Brooklyn Philharmonic with Michael Christie conducting.  It is scored for SATB chorus (all playing kazoos), four horns, three trumpets, three trombones, tuba, and percussion.

John Corigliano is one of America’s foremost composers, in no small part due to his unique compositional voice that resonates with the American experience. His training is enviable, studying with composer Otto Leuning at Columbia University and with Vittorio Giannini at the Manhattan School of Music. However, his first jobs were in radio and television production where he worked closely with Leonard Bernstein on the acclaimed broadcasts of the New York Philharmonic’s Young People’s Concerts.

As a composer, Corigliano has worked in nearly every genre ranging from the folk-inspired The Naked Carmen in the late 1960s to his three symphonies, as well as his celebrated opera The Ghosts of Versailles, commissioned by the New York Metropolitan Opera. His monumental Symphony No. 1 is dedicated to his many friends and colleagues who were lost to the AIDS epidemic that still holds a terrible grip on the world’s population. His subsequent Symphony No. 2 for String Orchestra, adapted from an earlier string quartet, won the 2001 Pulitzer Prize in Music. Symphony No. 3 is entitled Circus Maximus and was written for wind band.

Corigliano has composed scores for three motion pictures – Ken Russell’s Altered States, which was nominated for the 1980 Academy Award for Best Film Score; Hugh Hudson’s Revolution, which won the Outstanding Achievement in Film Music award from the British Film Institute; and, most recently, François Giraud’s The Red Violin, which was honored with the 2000 Academy Award for its score.

The short work entitled Salute dates from a 2006 event that required a flourish. Music director Michael Christie was giving his first concert with the Brooklyn Philharmonic. Corigliano explained his motivation:

“When Michael Christie took over as Music Director of the Brooklyn Philharmonic, the orchestra asked if I could write a short fanfare. Since a large chorus was involved in the 2nd half of the program, I decided to use them as antiphonal kazoo players surrounding the audience. The piece is bright and quirky, as should befit the introduction of a new director of the unique and quirky Brooklyn Philharmonic.” 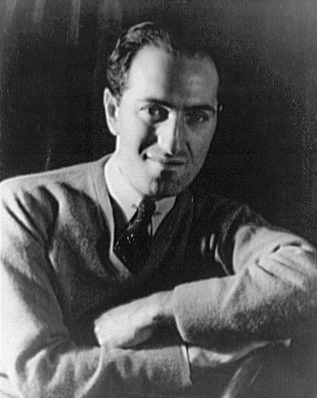 George Gershwin was a first generation American of Russian-Jewish parents. By his late teens, he had learned the piano and became a “song-plugger’ in New York’s Tin Pan Alley – the area where the popular music publishing trade was centered. Gershwin would sit at the piano in the Remick showroom playing the latest sheet music for customers. From this experience, Gershwin became keenly aware of popular musical styles and began to compose his own songs, often with his younger brother Ira as lyricist. Over the course of only eight years, the Gershwins became established as the leading figures on Broadway.

It was this background that George Gershwin brought with him when he decided to write works for the concert hall. Beginning with a grand experiment in 1924 that brought the world the Rhapsody in Blue as a work in the jazz idiom but for the concert hall (originally for piano solo with a jazz band expanded with violins). The year after his success with the Rhapsody, Gershwin decided to write a more extensive piece for piano and orchestra. The result was the Concerto in F – a work steeped in the traditional form of the Romantic concerto but peppered with jazz elements throughout.

Gershwin wrote about the Concerto in F:

“The first movement employs the Charleston rhythm. It is quick and pulsating, representing the young enthusiastic spirit of American life. It begins with a rhythmic motif given out by the kettle drums, supported by other percussion instruments, and with a Charleston motif introduced by the bassoon, horns, clarinets, and violas. The principal theme is announced by the bassoon. Later, a second theme is introduced by the piano.

“The second movement has a poetic, nocturnal atmosphere, which has come to be referred to as the American blues, but in a purer form than that in which they are usually treated.

The orchestration of the Concerto was troublesome for Gershwin. Due to time constraints, Gershwin had not orchestrated his Rhapsody but had entrusted this work to Ferde Grofé, an arranger with Paul Whiteman’s band, which had premiered the original. During the composition of the Concerto, Gershwin felt unsure of his abilities as an orchestrator and eventually hired an orchestra to give a private reading so he could check his work. The work was premiered on December 3, 1925 and Gershwin was to play it six more times in the next few months. Three years later, Whiteman took the work on tour but decided to trim down Gershwin’s orchestration from one hundred players to a more manageable traveling ensemble. Whiteman called in Grofé to produce the smaller orchestration that is regularly heard today. 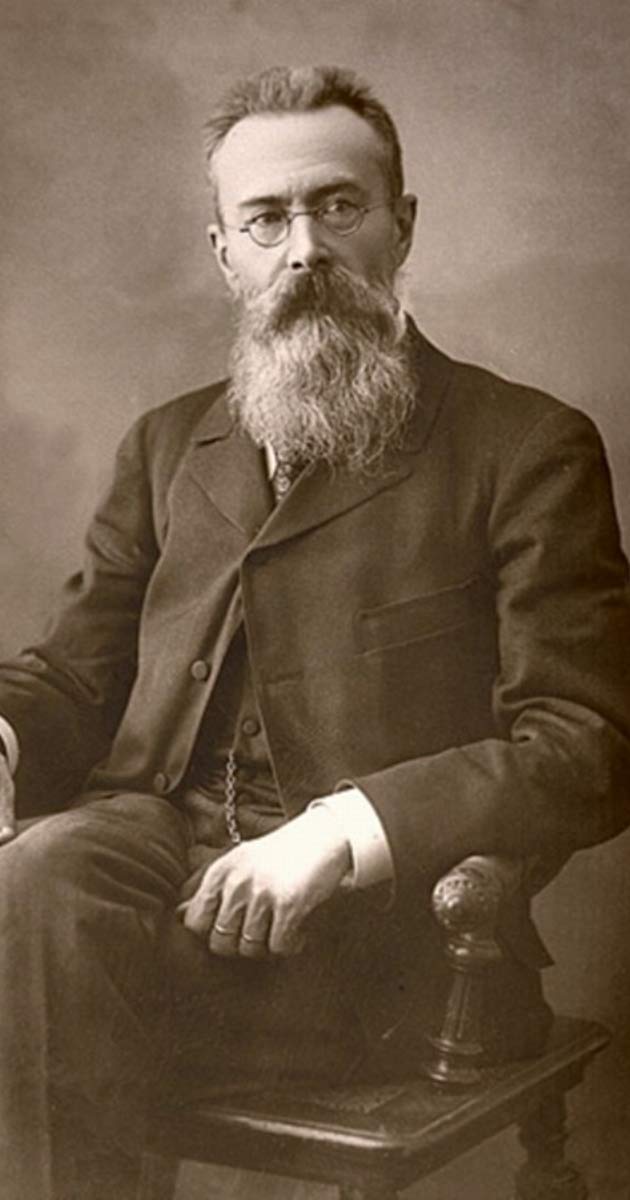 European musical fashion was slow in its eastward exodus into Russian culture. After Napoleon’s failure to conquer the Russian lands in 1812, the arts in the Motherland focused on folk culture. It was not until Mikhail Glinka’s works combined Russian themes and Germanic musical forms in the mid 19th century that European musical fashion took hold in Russia.

Perhaps it was this delayed acceptance that explains why nearly all of Glinka’s most noted disciples came from non-musical professions. Called moguchaya kuchka (the “Mighty Handful”), this group of talented armchair composers was comprised of Alexander Borodin (a chemist), Cesar Cui (an engineer), Modest Mussorgsky (a government clerk), Mily Balakirev (the leader and only professional musician), and Nikolai Rimsky-Korsakov (a naval officer). This Nationalist group emphasized Russian subjects in their music, often incorporating folk melodies or stylized melodies meant to conjure Russian imagery.

Upon Balakirev’s urging in 1861, the untrained Rimsky-Korsakov taught himself composition and orchestration and produced some of the most advanced orchestrations of his day – Capriccio Espagnol, Russian Easter Overture, and Scheherazade. The most successful of the “Mighty Handful,” Rimsky-Korsakov mastered every aspect of the musical arts so completely that he was awarded a position as Professor of Composition at the St. Petersburg Conservatory just ten years after he began composing. Strangely, he also began formal study for the first time, attending classes at the Conservatory while teaching a studio of young composers, including Piotr Ilyich Tchaikovsky. By the time of Rimsky-Korsakov’s death in 1908, he had mentored many important composers who shaped the musical landscape of the following century, among them Alexander Glazunov, Sergei Prokofiev, and Igor Stravinsky.

Scheherazade (1888) celebrates the exotic locale of Arabia. The tales of the 1001 Arabian Nights date to as early as the 10th Century and give us the stories of Sinbad, Ali Baba, and Aladdin. In order to link several of these together into one unified symphony, Rimsky-Korsakov prefaced the published score as follows:

“The Sultan Shakriar, convinced of the falsehood and inconstancy of all women, had sworn an oath to put to death each of his wives after the first night. However, the Sultana Scheherazade saved her life by arousing his interest in the tales which she told during the 1001 nights. Driven by curiosity the Sultan postponed her execution from day to day and at last abandoned his sanguinary design.”

“Scheherazade told miraculous stories to the Sultan. For her tales she borrowed verses from the poets and words from folksongs combining fairy tales with adventure.”

Insisting that listeners form their own unique narrative, Rimsky-Korsakov provided only fragmentary titles for the four exotic and evocative movements.

I. The Sea and Sinbad’s Ship
II. The Story of the Kalendar Prince
III. The Young Prince and the Young Princess
IV. The Festival in Baghdad; The Ship Goes to Pieces on a Rock Surmounted by a Bronze Warrior.

Individual demands on each player are extreme and excerpts from this work are regularly requested on orchestra auditions. The score is filled with strikingly original orchestration using creative and subtle combinations of instruments. It has been noted that Scheherazade sounds amazingly Eastern – no mean feat for an ensemble comprising only Western instruments.