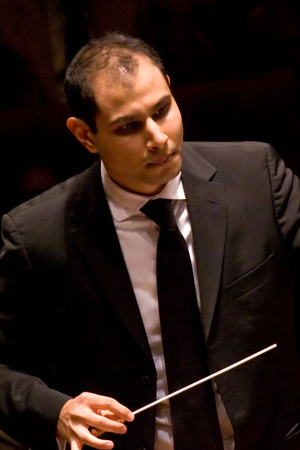 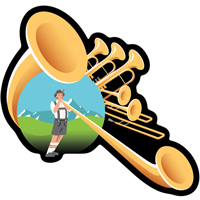 Upcoming guest appearances include a return to the Louisiana Philharmonic, and debuts with orchestras including Deutsche Radiophilharmonie Saarbrücken, Philharmonie Zuidnederland and Bilkent Symphony Orchestra.

Haimor’s broad repertoire includes a focus on the late romantic Germanic works, 19th and 20th century Russian and American composers, plus he is a committed advocate of contemporary music and has performed premieres by composers such as Mason Bates and Kareem Roustom. An eloquent and compelling speaker from the podium, he equally excels in outreach and education projects.

Haimor was born in Chicago in 1983 and educated in the Middle East and in San Francisco. He completed his violin training at the Jacobs School of Music in Indiana University, and studied conducting under David Effron and Arthur Fagen. He earned bachelor’s degrees in both music and neurobiology, a master’s degree in conducting from the University of California-Davis, and second master’s in instrumental conducting at Indiana University. He was previously Assistant Conductor at Alabama Symphony Orchestra, where he was also the first Music Director of the Alabama Symphony Youth Orchestra. Until 2015, he was Assistant Conductor and Resident Conductor of the Pittsburgh Symphony Orchestra, where he led a variety of concerts including classical, pops and outreach. While in Pittsburgh, he also served as a cover to esteemed conductors including Manfred Honeck, Leonard Slatkin, Gianandrea Noseda, Rafael Frühbeck de Burgos and Yan Pascal Tortelier.