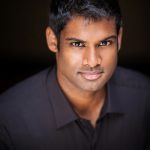 Sean Panikkar continues “to position himself as one of the stars of his generation… His voice is unassailable—firm, sturdy and clear, and he employs it with maximum dramatic versatility” [Opera News].  The American tenor of Sri Lankan heritage made his Metropolitan Opera debut under the baton of James Levine in Manon Lescaut (commercially available on DVD on EMI), and his European operatic debut in Mozart’s Zaïde at the Aix-en-Provence Festival in a production directed by Peter Sellars and conducted by Louis Langrée (commercially available on DVD on Opus Arte).

Sean Panikkar made his Salzburg Festival debut this past summer as Dionysus in a new production of Henze’s The Bassarids directed by Krzysztof Warlikowski; the title also served the tenor his Madrid debut in concert performances with the Spanish National Orchestra and Choir, both presentations under the baton of Kent Nagano.  Highlights of the 2018-19 season include a Los Angeles Opera debut as Gandhi in the company’s new production of Philip Glass’ Satyagraha directed by Phelim McDermott led by Grant Gershon, and a return to the Festival d’Aix en Provence as Jakob Schmidt and Toby in Kurt Weill’s Aufstieg und Fall der Stadt Mahagonny directed by Ivo van Hove and conducted by Esa-Pekka Salonen.  Core repertoire presentations include performances of La Bohème at Pittsburgh Opera, Carmen with North Carolina Opera, and Les Pêcheurs de Perles at the Lyric Opera of Kansas City.  On the concert stage, the tenor is heard in Beethoven’s Ninth Symphony with the Seattle Symphony and Las Vegas Philharmonic.

Highly prized as an interpreter of contemporary music on leading international stages, Sean Panikkar created the roles of Adam in Giorgio Battistelli’s CO2 for a debut at Teatro alla Scala in a world premiere conducted by Cornelius Meister and directed by Robert Carsen, Wendell Smith in Daniel Sonenberg and Mark Campbell’s The Summer King in a co-production between Pittsburgh Opera and Michigan Opera Theatre, Agent Henry Rathbone in a co-production of David T. Little’s JFK at the Fort Worth Opera and Opéra de Montréal, and he garnered passionate acclaim in the title role of Jack Perla’s Shalimar the Clown for Opera Theatre of Saint Louis.  Broadway World reported, “Sean Panikkar stands out above them all. This is truly his show… His pure, clear voice displays truly remarkable power. It shines like a beacon above the rest even when the entire cast are singing their hearts out. And his diction is superb. This is a longish opera and Shalimar is a tour de force role; Panikkar triumphs in it!”

Numerous engagements with the Metropolitan Opera feature the company premiere of The Death of Klinghoffer conducted by David Robertson in a powerful new production by director Tom Morris (War Horse), a new production of Guillaume Tell directed by Pierre Audi led by Gianandrea Noseda, Roméo et Juliette under the baton of Plácido Domingo, Lucia di Lammermoor conducted by Marco Armiliato, and Ariadne auf Naxos led by Kirill Petrenko. Highlights of past seasons also include a new production of Nabucco at Washington National Opera, La Bohème staged by Francesca Zambello at the Royal Albert Hall in London, at Cincinnati Opera conducted by Louis Langrée, and at Michigan Opera Theatre, Carmen with Madison Opera conducted by John DeMain, Jake Heggie’s Moby Dick at Pittsburgh Opera, and Silent Night at the Lyric Opera of Kansas City.  He has sung Salome at Washington National Opera in the company’s new Francesca Zambello production and at the Saito Kinen Festival in performances conducted by Omer Meir Wellber, made a debut at the Santa Fe Opera in a new production of Menotti’s rarely produced The Last Savage directed by Ned Canty and conducted by George Manahan, bowed as Tamino in Die Zauberflöte at Pittsburgh Opera and the Glimmerglass Festival, and has been praised for what has come to be one of his signature parts, Nadir in Les Pêcheurs de Perles, for Fort Worth Opera, Pittsburgh Opera, and Opera Colorado.

Symphonic performances have featured Sean Panikkar with Leonard Slatkin and the St. Louis Symphony Orchestra in Berlioz’s Roméo et Juliette, The Tristan Project with Esa-Pekka Salonen and the Los Angeles Philharmonic, Mendelssohn’s Elijah with Michael Christie and the Phoenix Symphony, Handel’s Messiah with Ragnar Bohlin and the San Francisco Symphony, and Beethoven’s Ninth Symphony with Raymond Leppard and the Indianapolis Symphony Orchestra.

Sean Panikkar is a member of Forte, the operatic tenor group combining voices from different cultures into one incredible sound.  The trio was created and debuted for the first time ever on America’s Got Talent and had never met until only days before their first audition. During the summer 2013 broadcasts of America’s Got Talent, Forte was seen and heard by tens of millions of television viewers in national broadcasts on NBC.  Their self-titled debut recording on Columbia Records was released in November 2013 and a follow-up recording, The Future Classics, was released in 2015.
​
An alumnus of San Francisco Opera’s Adler Fellowship, Sean Panikkar holds Master’s and Bachelor degrees in Voice Performance from the University of Michigan.