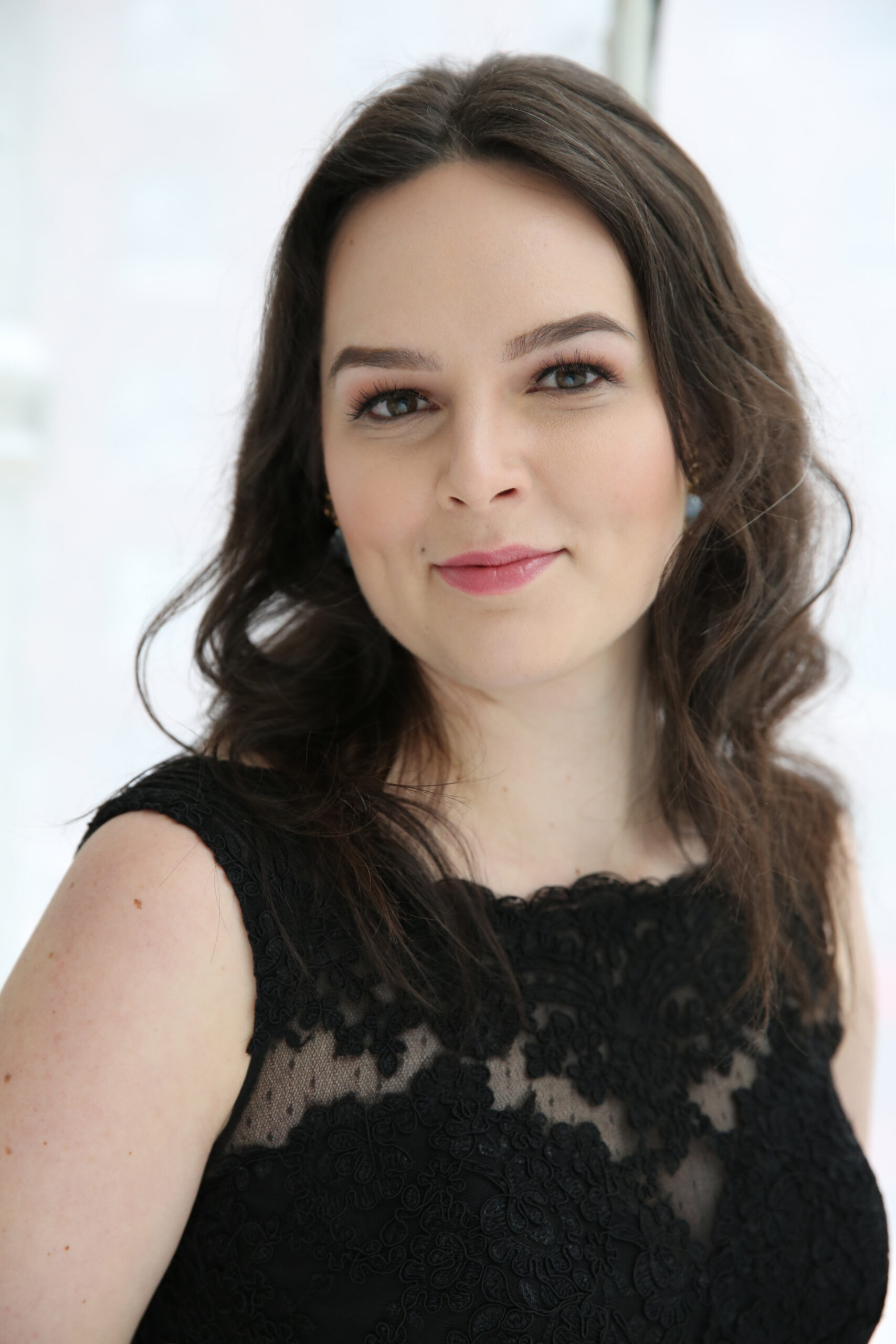 In 2018, Mezzo-soprano Sarah Coit was heard in several recital performances as a Vocal Fellow with Ravinia’s Steans Music Institute and made several important house and role debuts. Opera News praised her performance in Le nozze di Figaro with Michigan Opera Theatre: “Sarah Coit’s burnished mezzo-soprano gave her Cherubino a seductive tinge. Her pure, lovely “Voi che sapete” confirmed her bright future, made all the more likely by her undeniable aptitude for physical comedy.”

In the 2019-20 season, Sarah performed Mercédès in Carmen with Opera Tampa. Covering Daniela Mack as Rosmira in Handel’s Partenope with San Francisco Opera, plus a concert engagement as the mezzo soloist in Beethoven’s Ninth Symphony with the New West Symphony were canceled due to the Covid-19 pandemic. In 2021, Sarah sings Addison Moore in the world premiere film of Clint Borzoni and John de los Santos’ The Copper Queen with Arizona Opera, Varvara in Katya Kabanova with West Edge Opera, Rosina in The Barber of Seville with Utah Opera, Messiah with Winston-Salem Symphony, American Bach Soloists, and Indianapolis Symphony. In 2022, she makes house and role debuts with Opera Santa Barbara as Juno in Handel’s Semele and San Diego Opera as Stéphano in Gounod’s Roméo et Juliette.

In the 2018-19 season, Sarah performed the role of Adonis in the world premiere of Dan Visconti and Cerise Jacobs’ ‘Interactive video game opera’ PermaDeath with White Snake Projects in Boston. She made her Seattle Opera debut as Mercédès in Carmen, performed at the Ravinia Festival as a soloist in Bernstein’s Songfest, joined West Edge Opera as Jenny Diver in The Threepenny Opera, sang her first Olga in Eugene Onegin with Livermore Valley Opera, sang the Vivaldi Gloria and Bach Magnificat with the Master Chorale of South Florida, and was heard in a special New Year’s Eve concert with American Bach Soloists joined by Hadleigh Adams.

Her repertoire includes such roles as Nancy in Albert Herring, Rosina in Il barbiere di Siviglia, Sister Helen Prejean in Dead Man Walking, the title role in Giulio Cesare, and the Waitress in the World Premiere of Michael Ching’s Speed Dating Tonight.

In the summer of 2015, Sarah was a Gerdine Young Artist with Opera Theatre of St. Louis where she covered Richard in the American Premiere of Handel’s Richard the Lionheart. She spent two years as a Resident Artist with Utah Opera where she sang the Shepherd, White Cat, and Squirrel in L’Enfant et les sortilèges with the Utah Symphony and performed the roles of Mercédès in Carmen and Zerlina in Don Giovanni on the mainstage. As an apprentice artist at the Santa Fe Opera, she covered the roles of Erika in Barber’s Vanessa and Laurene Powell Jobs in the World Premiere of Mason Bates’ The (R)evolution of Steve Jobs. As Alisa in Lucia di Lammermoor, Classical Review remarked “…mezzo-soprano Sarah Coit distinguished herself as Alisa, especially in the gorgeous sextet.”

She was a 2017 National Semi-Finalist in the Metropolitan Opera National Council Auditions and has received prizes from the George London Foundation and the Handel Aria Competition. She is the 2020 recipient of the American Bach Soloist’s Jeffrey Thomas Award and was a runner-up in the “Best Opera Singer” category for 2019-2020 season San Francisco Classical Voice Audience Choice Awards.