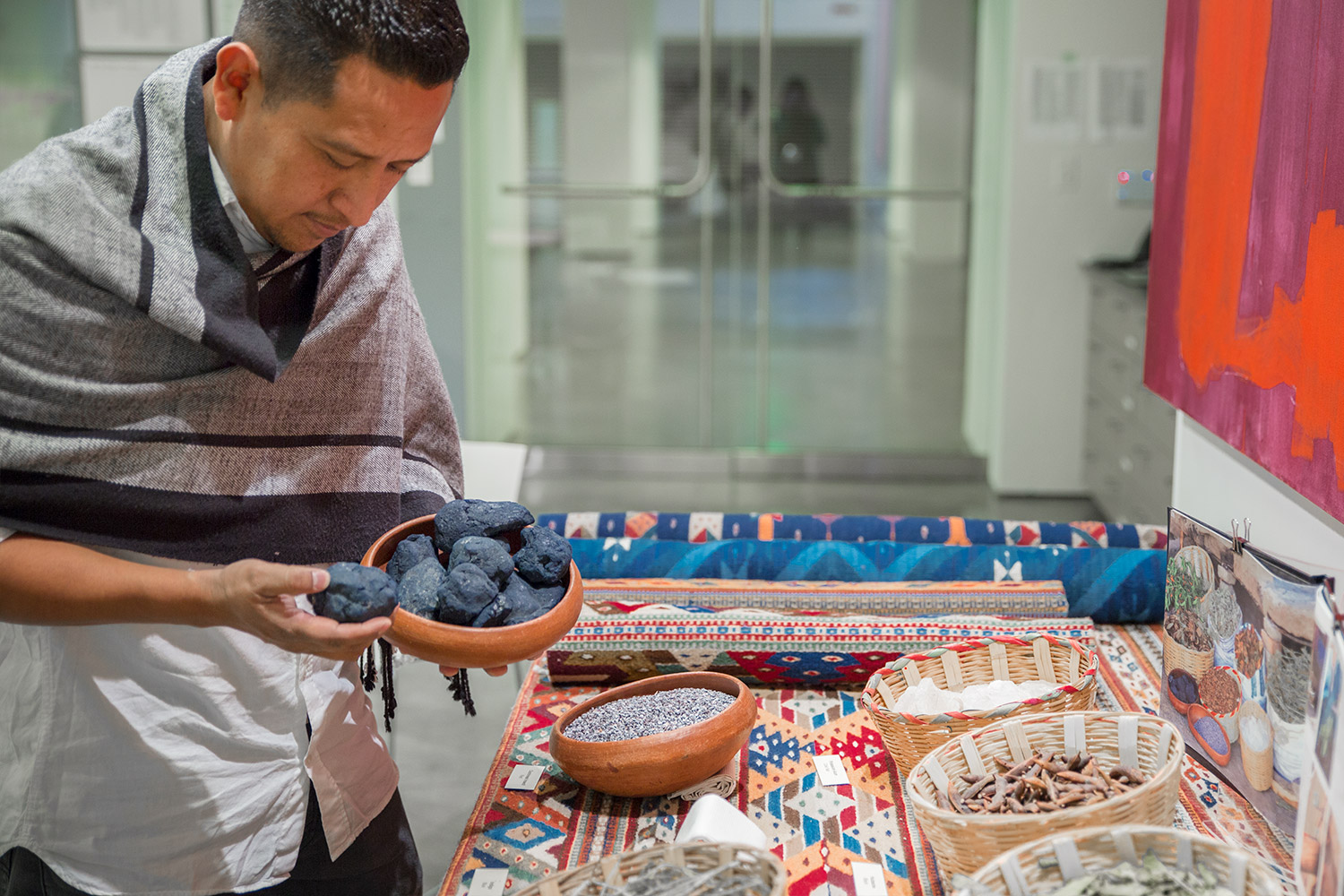 Porfirio Gutiérrez, a Mexican-American artisan and advocate specializing in the weaving traditions of Teotitlan del Valle, Oaxaca, Mexico. He comes from a long line of traditional Zapotec weavers, working on the looms starting at age 12 learning from his father, but he also took classes with Vergilio Gómez and Carlomagno Pedro Martinez, who encouraged Porfirio to find his own style.. Gutiérrez grew up immersed in color and surrounded by the wildness of Oaxaca’s mountains, and by the knowledge of plants for healing and for color. Gutiérrez’ art practice maintains his ancestor’s spiritual belief in nature as a living being, sacred and divine.