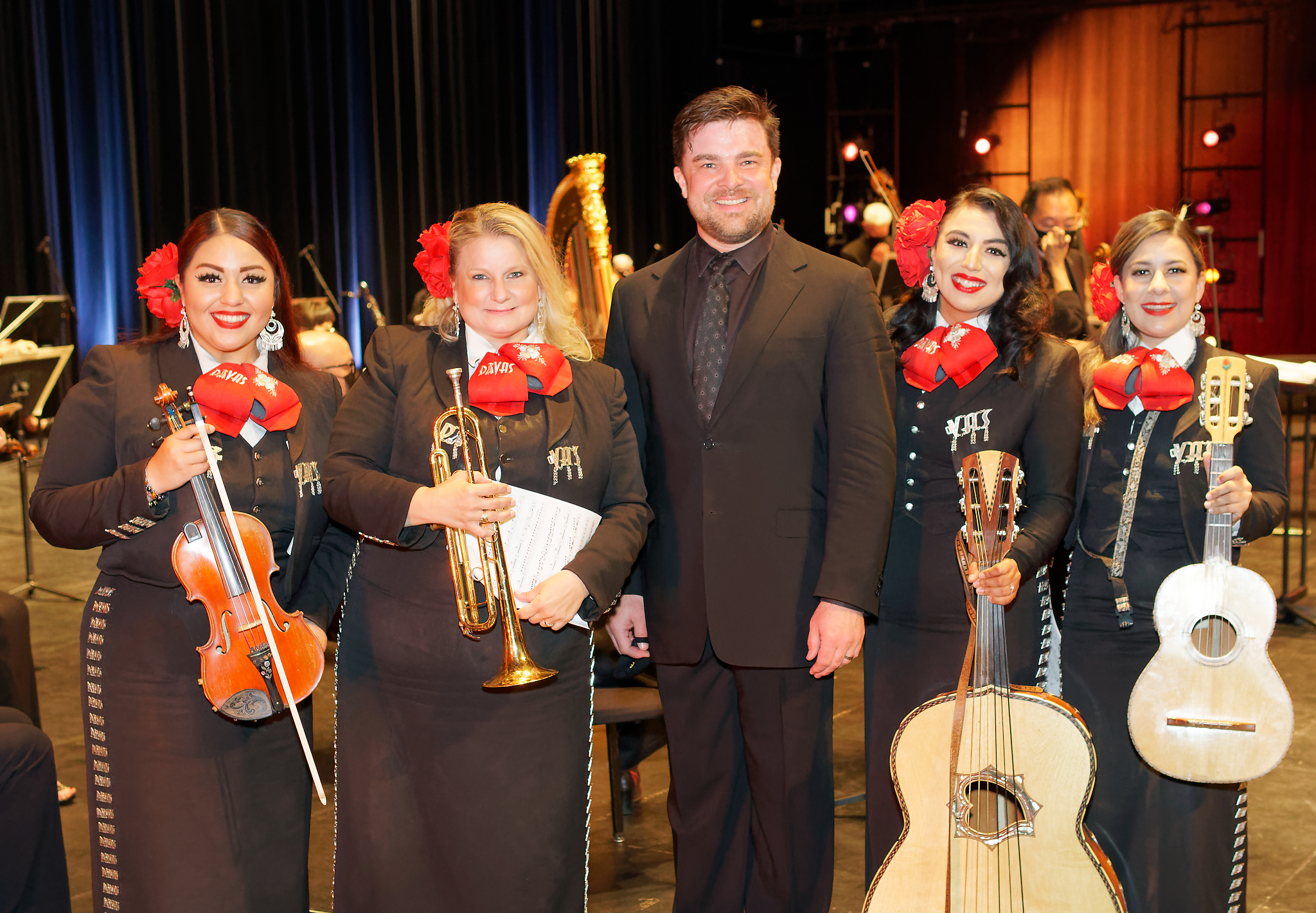 Founded in 1999 by musical director and trumpet player Cindy Shea, Mariachi Divas is known for its innovative and eclectic array of music ranging from mariachi classics to jazz and pop. Their music can be characterized as sophisticated, smooth, and refined, providing an elegant approach to the mariachi tradition and part of the successful sound in which Mariachi Divas excels. Due to the wide accessibility of Mariachi Divas and their vast fan base, since 2003 Mariachi Divas is the official premier all-female mariachi of the Disneyland Resort.

20 Aniversario was the first album to be recorded in Cindy Shea’s new recording studio, 7th Ave. Studios, representing a monumental achievement for Shea and Mariachi Divas. Already a two-time GRAMMY Award winning ensemble with eight GRAMMY nominations and three Latin GRAMMY nominations, Mariachi Divas is one of the most significant and successful all-female mariachi ensembles in the business. Mariachi Divas specializes in providing professional mariachi music for commercials, television, and film recordings. Over the years, they have performed, recorded, and collaborated with artists such as, Alejandro Fernández, “Agridulce” on album Rompiendo Fronteras (2017), Ozomatli, single “Volver, Volver” (2017), Natalia Jiménez of La 5ª Estación and Sergio Vallín of Maná , single “Esa Soy Yo” (2009) to name a few. Additionally, Mariachi Divas has appeared in three music videos with major recording artists: OhNo’s “Suavemente” (2019) U2’s “Song for Someone” (2016) and (2020) Disney Pixar Coco’s “Remember Me” with Christina Aguilera and Miguel. With an established recording track record, their discography includes sixteen professional full-length album releases through East Side Records. Mariachi Divas specializes in providing professional mariachi music for commercials, television, and film recordings. Most recently in celebration of their 21st anniversary the Divas released their 16th album. A musical offering of hope and unity, Esta Distancia is the latest full-length album released by the all-female, two-time Grammy award-winning Mariachi Divas de Cindy Shea. During these unprecedented times, Esta Distancia musically explores the shared experiences resulting from the COVID19 worldwide pandemic. Through elegant and lush arranging that is the hallmark of the Mariachi Divas, Esta Distancia emerges as an album full of emotion, giving us comfort, and allowing the distance between us in this difficult time to fade.