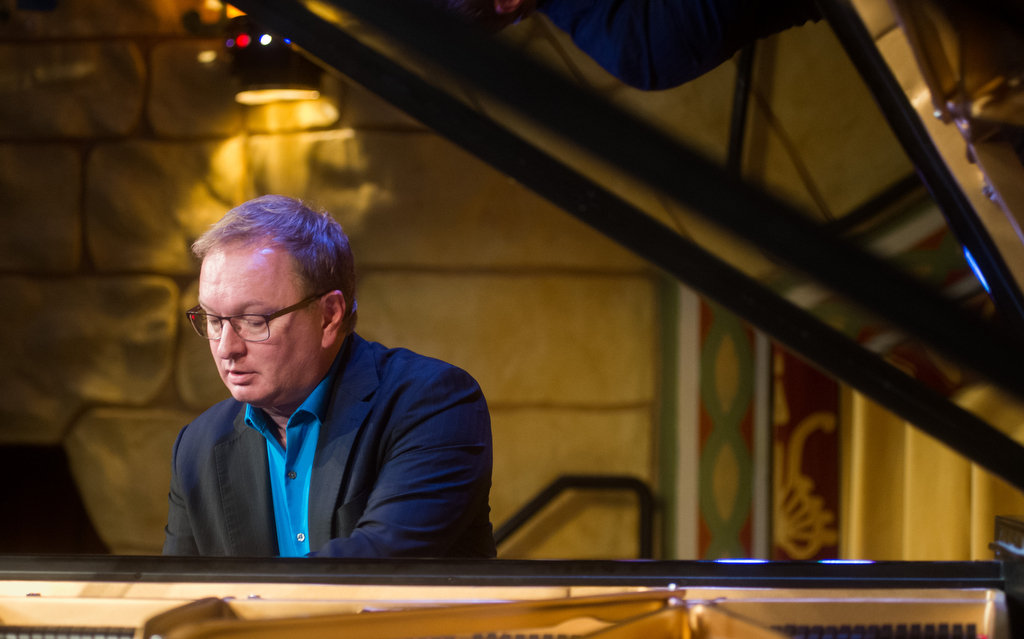 Kevin Cole was exposed to George Gershwin at 7 years old. After seeing the 1945 movie, Rhapsody in Blue, he hit the library to learn more about Gershwin. The librarian led him to a book co-authored by Edward Jablonski, who was also a native of Kevin’s hometown Bay City, Michigan.

Kevin studied piano, and at 15, he found Jablonski in a phone book and introduced himself as a fellow Gershwin aficionado and pianist.

“And there was kind of a chuckle on the other end of the line, but (eventually, he) invited me over for dinner,” he says.

It was after Jablonski heard Kevin play on the little upright piano that he said, “Do you know that when you play, you sound like Gershwin?”

Join us October 6 & 7 to hear Kevin Cole bring Gershwin to life on the ivories, performing Rhapsody in Blue with the New West Symphony! Buy your tickets now!