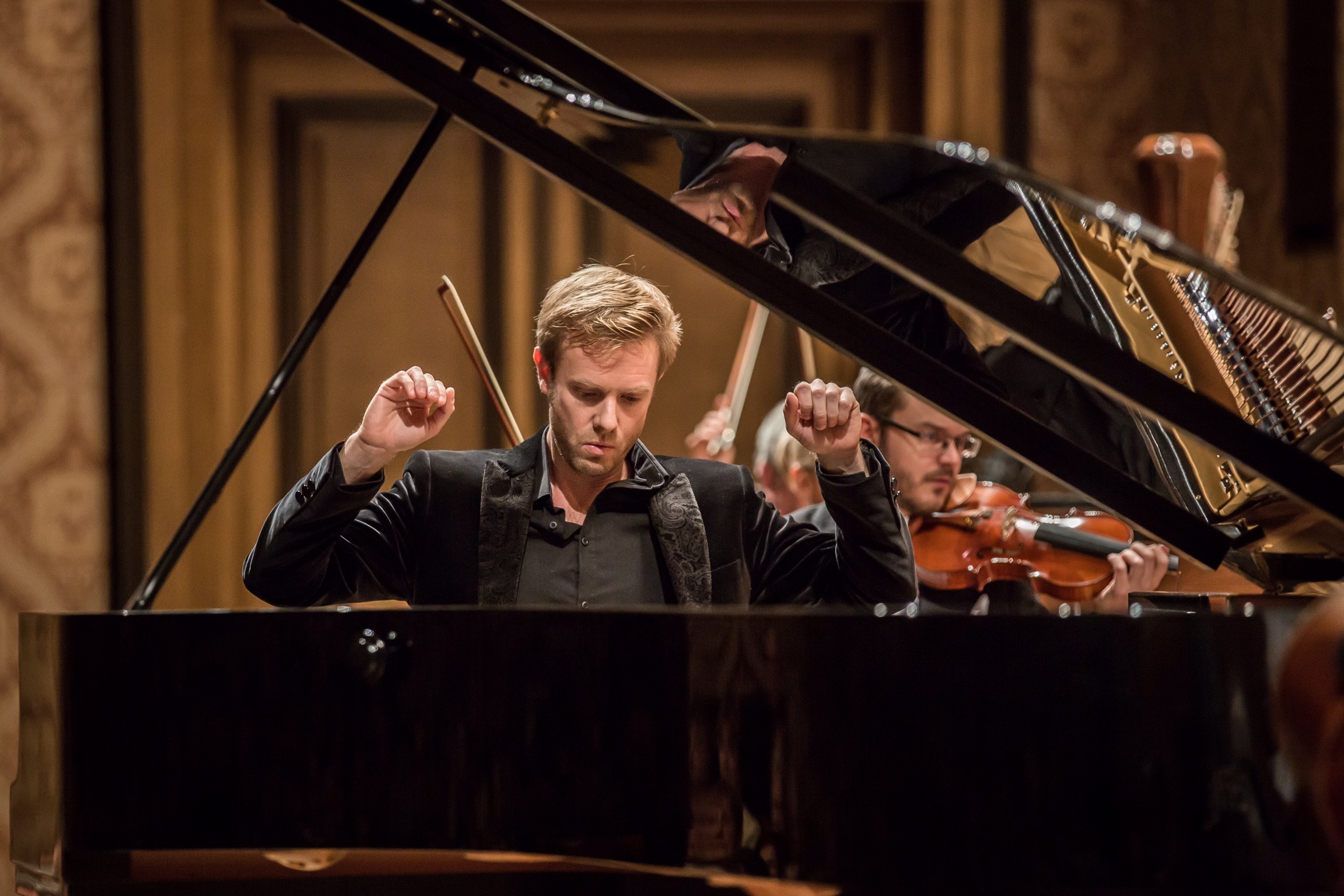 Hailed worldwide for his elegant and insightful interpretations, balanced artistry and brilliant technique, Andrew von Oeyen has established himself as one of the most captivating pianists of his generation.

Mr. von Oeyen has recorded for Warner Classics since 2017. His albums under that label, including works for piano and orchestra by Saint-Saëns, Ravel and Gershwin and a disc including Debussy’s Fantaisie pour Piano et Orchestre, have been met with critical acclaim. Mr. von Oeyen has also recorded award-winning recital albums of Liszt, Debussy, and Stravinsky under the Delos label.

Mr. von Oeyen, of German and Dutch origin, was born in the U.S. He began his piano studies at age 5 and made his solo orchestral debut at age 10. An alumnus of Columbia University and graduate of The Juilliard School, where his principal teachers were Herbert Stessin and Jerome Lowenthal, he also worked with Alfred Brendel and Leon Fleisher. He won the prestigious Gilmore Young Artist Award in 1999 and also took First Prize in the Léni Fé Bland Foundation National Piano Competition in 2001. Mr. von Oeyen lives in Paris and Los Angeles.