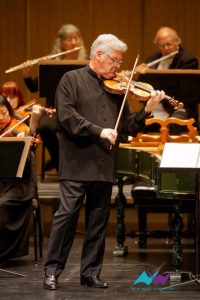 Legendary violinist and conductor Pinchas Zukerman performed for New West Symphony’s inaugural concert in 1995. In an unforgettable incident, a fire alarm during the concert sent the entire audience outside. As people made their way back to their seats (the alarm went off in error, in the brand new Kavli Theatre), Pinchas sat on stage and serenaded everyone while they returned to their seats.

More recently, Pinchas joined us in March of 2018 with his wife, cellist Amanda Forsyth. He played-conducted works by favorite classical composers which let their instruments shine, and in the second half, he led the orchestra in a magical Schubert symphony.

At our “Meet the Artist” before the concert weekend, Pinchas told the story of attending a White House State Dinner under President Carter, to celebrate the signing of the Middle East Peace Treaty. He was seated next to then-prime minister of Egypt, Anwar Sadat, Pinchas’ sworn enemy as a citizen of Israel. Sadat and his wife gushed over Pinchas’ music and asked him for an autograph. Pinchas told the ‘Meet the Artist’ audience: “that’s the healing power of music.”

In a recording with the Royal Philharmonic Orchestra, you’ll enjoy Zukerman’s passion and skill with cherished British composers Vaughan Williams and Elgar. Own it now, or find other great recordings by New West Symphony guest artists on the Music Shelf. 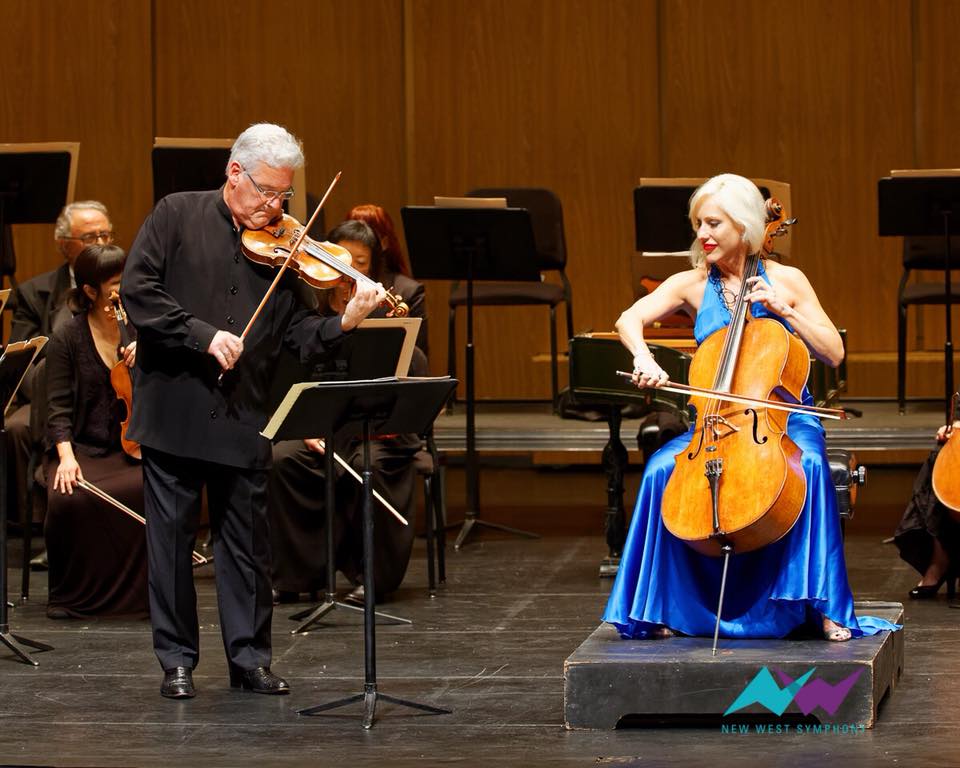