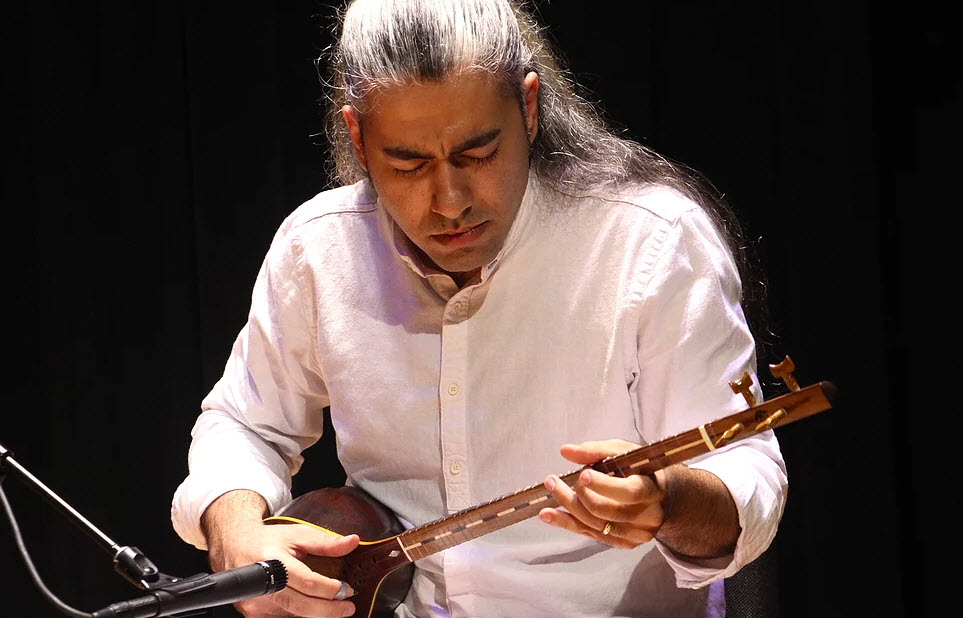 Iranian raised composer and setar (Persian Lute) player Masoud Rezaei developed a passion for the classical Iranian instrument that led him to pursue a bachelor’s degree in Iranian Traditional Performance. He studied the intricate techniques of playing this age-old instrument and understanding how to compose the lush, beautiful scores with Iranian master musicians such as Zolfonoun, Babaei and Shoari. Masoud has performed on many global stages and will perform selections from his acclaimed duet with Mathias Kunzli on western drum kit. His album “Nothingness” was released in 2015, and his album “Until,” released in 2019, won Best World Traditional Album at the 18th Independent Music Awards and the Outstanding Achievement in World Music and Instrumentals Award at the Global Music Awards.