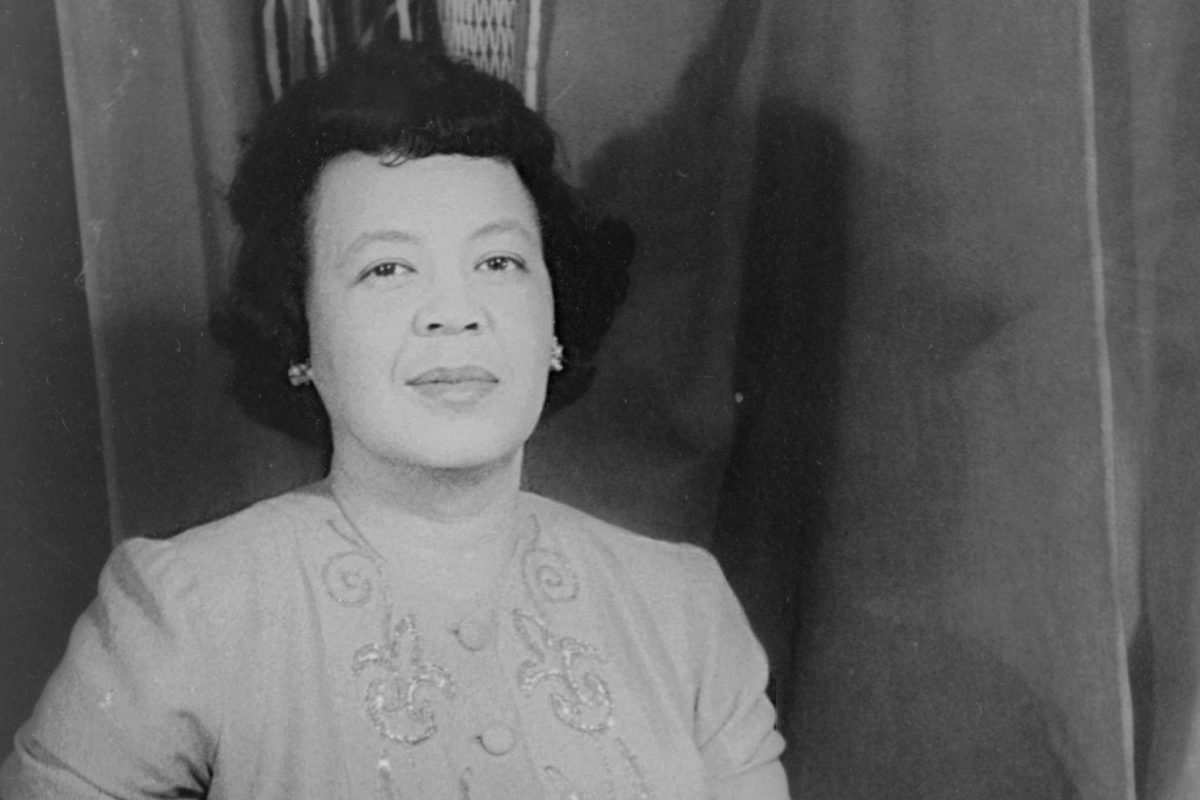 Margaret Allison Bonds (March 3, 1913-April 26, 1972) was an American composer, pianist, arranger, and teacher. One of the first Black composers and performers to gain recognition in the United States, she is best remembered today for her popular arrangements of African American spirituals and frequent collaborations with Langston Hughes.

Bonds was born in Chicago to civil rights activists who were a great inspiration; her father a physician and activist and her mother a church musician and member of the National Association of Negro Musicians. She grew up with house guests including Florence Price and Will Marion Cook, all of whom would become influential to her future musical studies and career. Her mother was her first music teacher, then in high school, Bonds studied piano and composition with Florence Price and William Dawson until her studies at Northwestern University, where she earned both her Bachelor of Music (1933) and Master of Music (1934) degrees in piano and composition. Bonds was one of the few Black students at Northwestern University. Although she was permitted to study there, she was not permitted to reside on campus, and described the experience as discriminatory and hostile. Thereafter she attended the prestigious Juilliard School of Music in New York.

Bonds gave two acclaimed performances as piano soloist with the Chicago Symphony Orchestra in 1933 and 1934, including Florence Price’s Piano Concerto in One Movement. This was an historical moment, marking the first occasion a black performer had performed with the orchestra as soloist. Margaret Bonds did much to promote the music of black musicians. Her own compositions and lyrics addressed racial issues of the time. Bonds connected her father’s political activism with her mother’s sense of musicianship. In addition, many well-known arrangements of African-American spirituals (He’s Got the Whole World In His Hand) were created by Bonds.

After the death of her cherished collaborator, Langston Hughes, in 1967, Bonds left her husband and daughter and moved to Los Angeles and spent her remaining years.