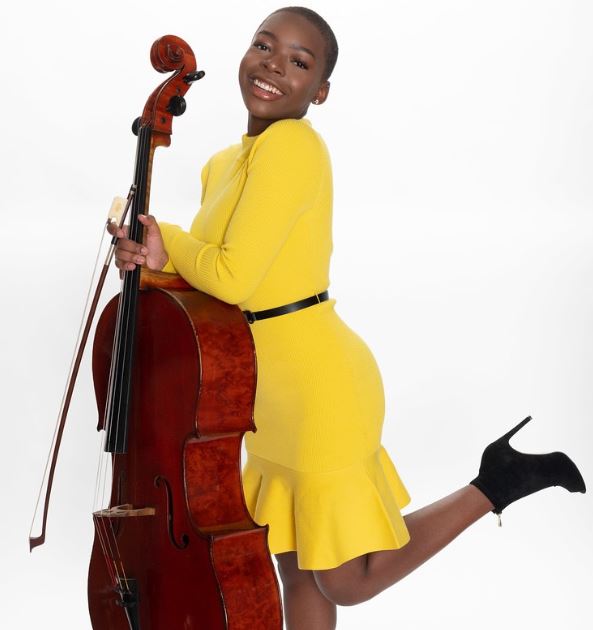 American cellist Ifetayo Ali-Landing is quickly establishing herself as one of today’s leading young artists, earning praise for her “charismatic” playing (Chicago Tribune) and being described as a “powerhouse” by Classical MPR.

In 2017, Ali-Landing won the First Place Laureate of the Sphinx Competition’s Junior Division and has since gone on to perform with the  Chicago Symphony Orchestra at Ravinia (under Marin Alsop), Detroit  Symphony Orchestra, Pittsburgh Symphony, New World Symphony, Chicago  Sinfonietta, Wilmington (NC), South Bend, Southwest Michigan and Elgin Symphonies, Buffalo Philharmonic, Vermont Symphony Orchestra on a state-wide tour, Music of the Baroque, and Austin Symphony Orchestra; recitals include the Kansas City Harriman-Jewell Series and The National Arts Club, among many others.

Ali-Landing features frequently in the media, with notable appearances on NPR’s From The Top (where she performed Vivaldi with Kevin Olusola beatboxing), a solo performance on NPR’s Tiny Desk Concerts with From the Top, a residency as Young Artist with APM’s  Performance Today, and a TED talk at TEDxYouth@BeaconStreet.

Her musical studies began on the violin before switching to cello at the age of four. Previous teachers and coaches include Lucinda  Ali-Landing, Megan Lauterbach, and Martine Benmann at the Hyde Park  Suzuki Institute in Chicago, as well as Tahirah Whittington, Oleksa  Mycyk, Clive Greensmith, and Hans Jørgen Jensen.