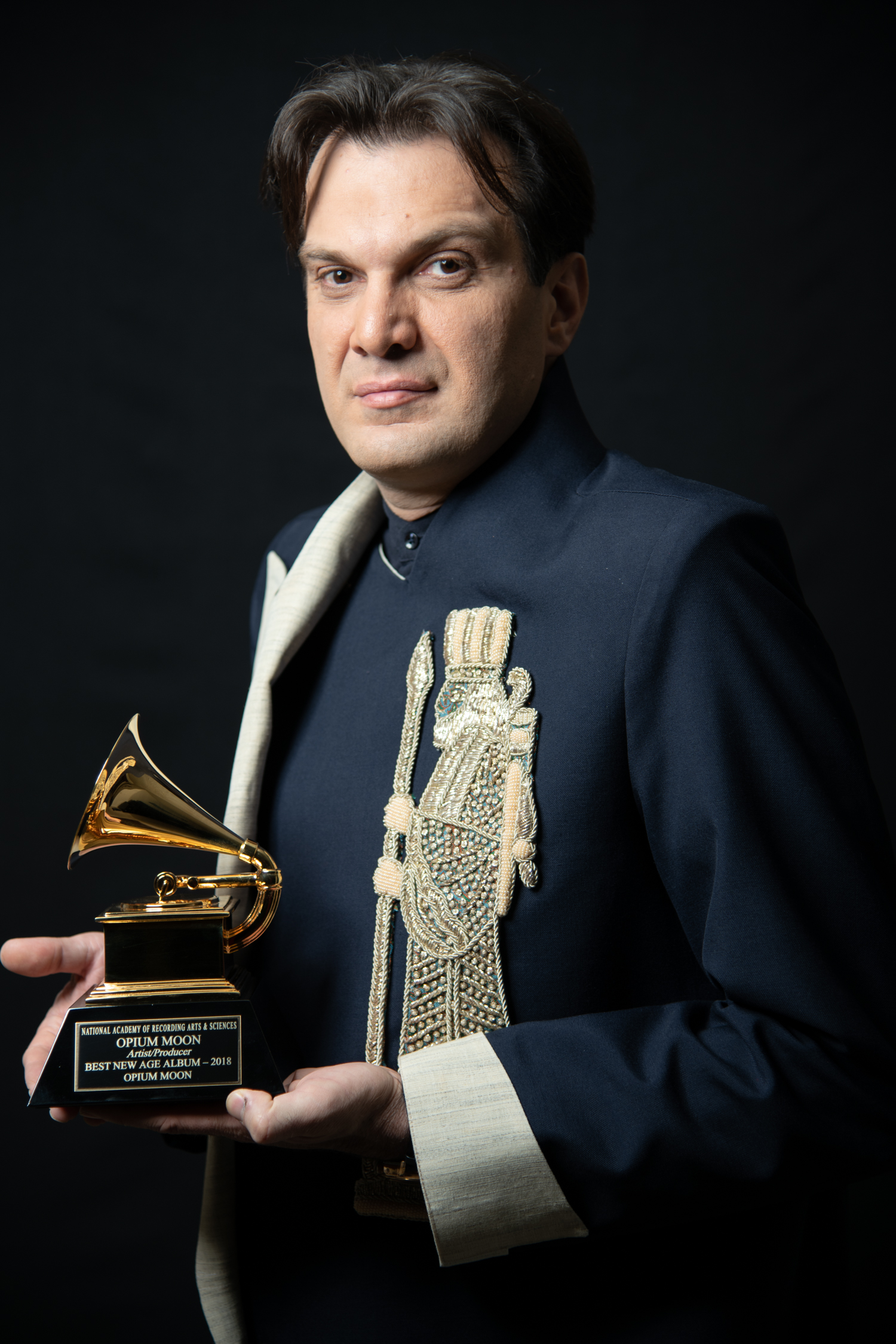 Hamid Saeidi is an Iranian composer, musician, and member of Opium Moon, a award-winning multinational superstar quartet that creates instrumental improvisations and songs combining Iranian classical music with an Eastern spirit. In 2019, they won the Grammy Award for Best New Age Album for their eponymously named “Opium Moon.” Opium Moon is the perfect realization of a music that cannot be pigeonholed, debuting on four separate Billboard charts, including Heatseekers, Classical, Classical Crossover and World Music. As one Amazon.com admirer put it, “This is World Music from another world.”

Trained in the Radiff system of Persian classical music from the age of 15, Saeidi studied santoor (Persian hammered dulcimer) with famed master Madjid Kiani. He went on to pursue a degree in music from The Iranian Academy of the Arts where he studied composition under masters Farhad Fakhredini and Vartan Sahakian.

Saeidi’s amazing technique, emotional depth and innovative improvisations have earned him international acclaim for performances in Iran, Greece, Ireland, Germany, England, Turkey, Canada, Malaysia and the United States. Over his career, he has composed musical scores for more than 35 films, television programs, dance and theatrical presentations, including “Baran Dar Aftab” by Farshad Fereshteh Hekmat, “Javdanegi” by Farshad Fereshtehekmat, “Afsaneh Saheleh Tareek” by Reza Davari, “Letters from Tentland” by Helena Waldman and the dance presentation, “Avazhick,” at the celebrated Theatre Shahr in Tehran. His work received awards at the Beirut film festival (2002), the Iran TV Festival (2002­-2004­-2007) and the Society of Critics of Theater in Iran (2005). In recognition of his accomplishments on the international stage, The Farhang Foundation in Los Angeles commissioned original multimedia compositions by Hamid in 2010 Imaginary Knots and in 2012 for their annual Nowruz celebration of Persian culture at the Los Angeles County Museum of Art.