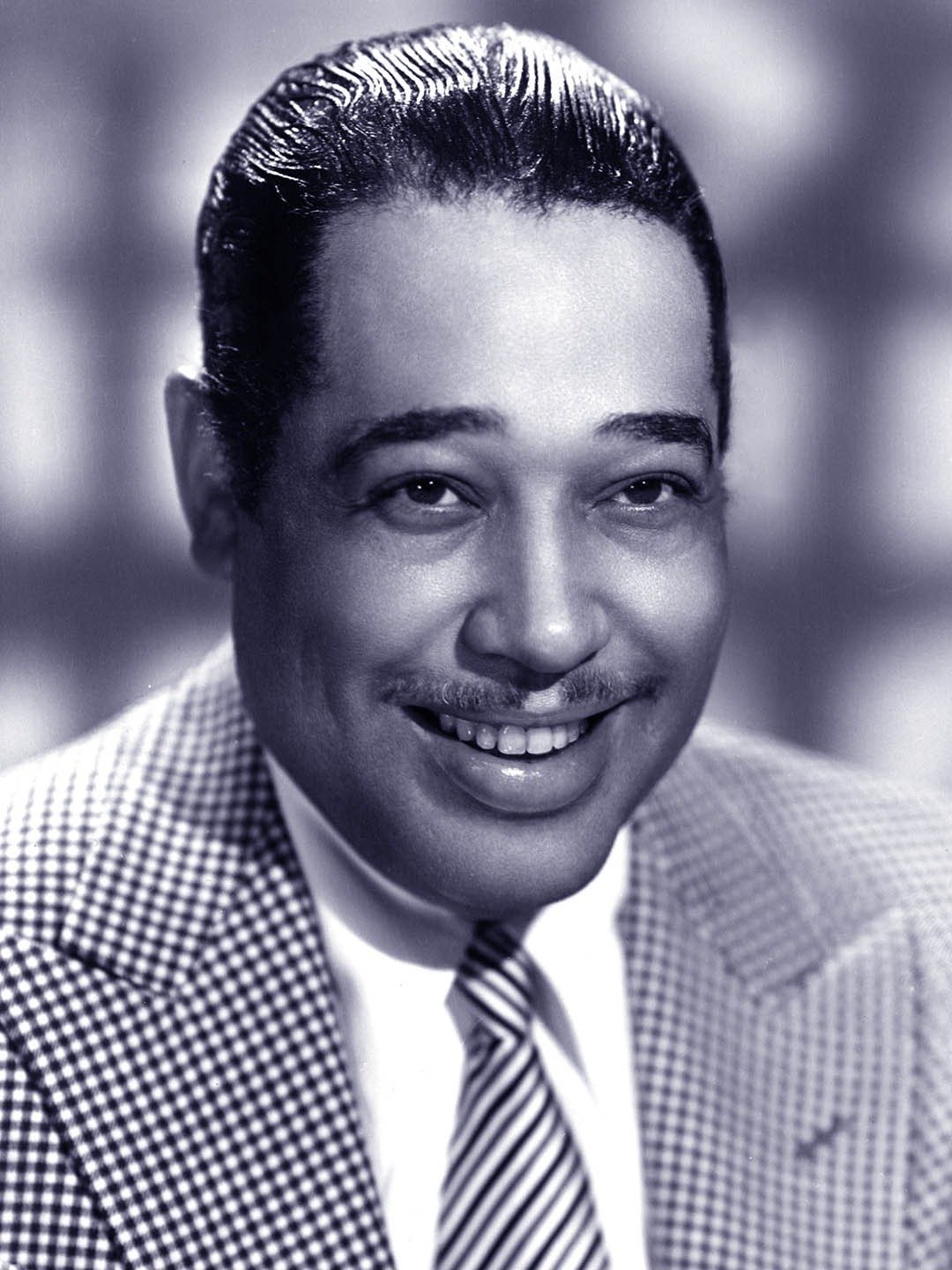 Edward Kennedy “Duke” Ellington (April 29, 1899-May 24, 1974) was an American composer, pianist, and leader of a jazz orchestra, which he led from 1923 until his death over a career spanning more than six decades. The Songwriters Hall of Fame referred to Ellington as one of the most important creative forces in the music of the twentieth century. “His influence on classical music, popular music, and, of course, jazz, simply cannot be overstated.” Born in Washington, D.C., into a middle class family where Ellington’s father worked as a butler; Duke had imagined he’d become a painter but then as a teen music sparked his interest.

He later moved to New York City and entered the ultra competitive jazz scene there, gaining a national profile through his eventual arrival at the Cotton Club in Harlem and a significant radio broadcasting and recording series that would endear his music to the world. His significance to global audiences and European tours would soften the impact of a decimated US recording industry during the Great Depression. Although widely considered a pivotal figure in the history of jazz, Ellington embraced the phrase “beyond category” as a liberating principle and referred to his music as part of the more general category of American Music. A master at writing miniatures for the three-minute 78 rpm recording format, Ellington wrote more than one thousand compositions; his extensive body of work is the largest recorded personal jazz legacy, and many of his pieces have become standards, including “It Don’t Mean a Thing,” “Sophisticated Lady,” and “Take the A Train.” Ellington was noted for his inventive use of the orchestra, or big band, and his eloquence and charisma. His reputation continued to rise after he died in 1974. Among a litany of awards and honors, he was given a Grammy Lifetime Achievement Award, the Presidential Medal of Freedom, a posthumous Pulitzer Prize Special Award for music in 1999, and most recently, appears on the commemorative United States quarter for the District of Columbia.