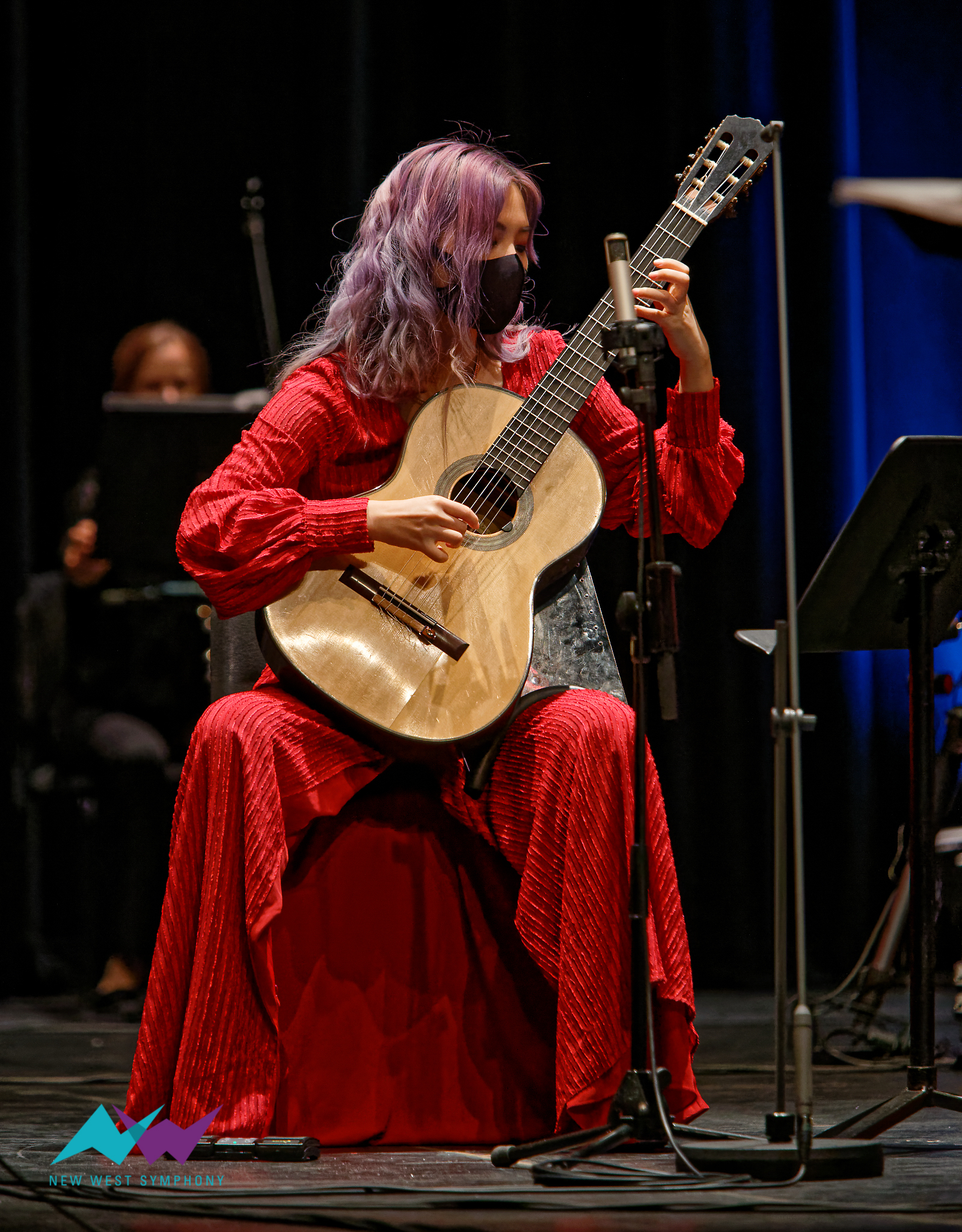 Music to My Ears – Science of Sound

Applauded by the Calgary Herald as “…talented, sensitive…brilliant,” Jiji Kim is an adventurous artist known for her virtuosic performances that feature a diverse selection of music, ranging from traditional and contemporary classical to free improvisation, played on both acoustic and electric guitar. Through her impeccable musicianship, compelling stage presence, and constant premieres of new musical works, Jiji’s intriguing programming solidifies her reputation as the 21st century guitarist.

The Kansas City Star described Jiji as “a graceful and nuanced player,” adding that “she presented an intimate, captivating performance” in reviewing her recent concerto debut appearance with the Kansas City Symphony. As a major highlight of her 2019-20 season, Jiji performed Hillary Purrington’s concerto Harp of Nerves at Zankel Hall of Carnegie Hall with the American Composers Orchestra and conductor George Menahan. Other highlights from this season include Jiji’s Lincoln Center debut Great Performers series in April 2019 and the world premiere of four new pieces in her concert at 92nd Street “Y” in November 2019.

Jiji is currently sponsored by D’Addario Strings and GuitarLift by Felix Justen. Her performances have been featured on PBS (On Stage at Curtis series), NPR’s From the Top, WHYY-TV, FOX 4-TV, Munchies (the Vice Channel), The Not So Late Show (Channel 6, Kansas), and Hong Kong broadcast station RTHK’s The Works.

Following the success of her EP recording Underglow, Jiji is currently working on recording her new project Unbound, which features commissioned music written specifically for her. Additional details to be announced in the summer of 2020.

Dedicated to commissioning new musical works, Jiji was granted BMI commissioning fund; it was awarded for her outstanding performance in the CAG Competition to aid composers with funding for their projects. Using this fund, Jiji commissioned Nina C. Young to write her a new guitar piece for premiere in a yet-to-be-announced upcoming performance.