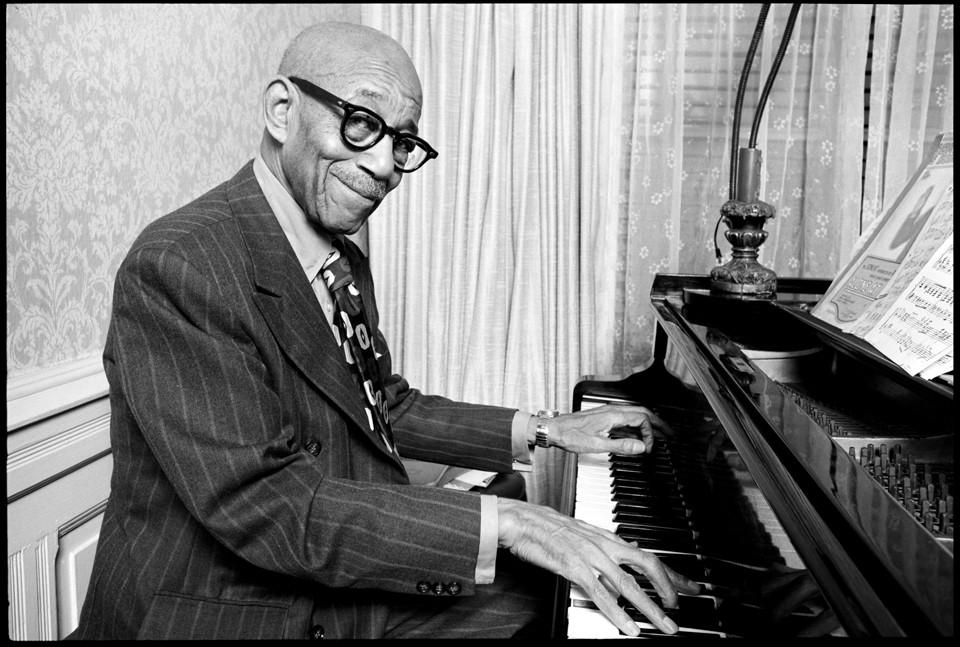 Eubie Blake (February 7, 1887-February 12, 1983) was an American pianist, lyricist and composer of ragtime, jazz and popular music. He was one of the most important figures in early-20th-century African American music, and one whose longevity made him a storehouse of the history of ragtime and early jazz music and culture. Born in Baltimore in 1887, the son of former slaves, Blake started learning piano around age four or five from a neighbor, and then began playing professionally when he was 16. He wrote his first composition, “Sounds of Africa” (later retitled “Charleston Rag”), around the same time. His career took off after meeting Noble Sissle in 1915 and they co-wrote many hits including a musical called Shuffle Along which premiered on Broadway in 1921 and ran for 504 performances, securing Blake’s place in music history. The musical is credited for reviving the genre and for launching the careers of Josephine Baker, Florence Mills, Paul Robeson, and William Grant Still. Many songs from Shuffle Along, such as “I’m Just Wild About Harry,” “Love Will Find a Way,” and “In Honeysuckle Time” became great hits, giving rise to “The Roaring 20s,” “The Harlem Renaissance,” and a fun-loving society known for the Charleston dance craze and the surge of jazz into the mainstream of American music. The songs have been recorded dozens of times, and remain relevant decades later. At the age of 63, after a distinguished career, he studied composition and received his degree from NYU.

New West Symphony will present a Jeremy Siskind arrangement of Blake’s “Love Will Find a Way.”